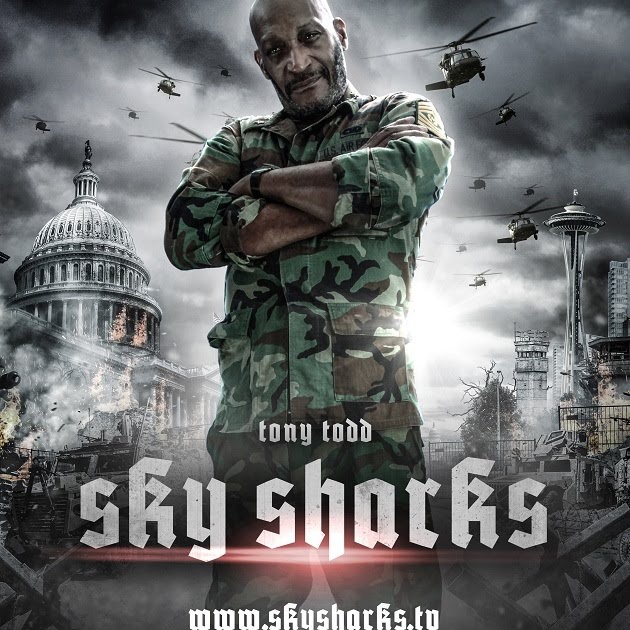 Tony Todd is General Frost in Sky sharks. Check out the film!

“Deep in the ice of the antarctic, a team of geologists uncover an old nazi laboratory still intact where dark experiments had occured. In order to conquer the world, the Nazis created modified sharks who were able to fly and whose riders are genetically mutated, undead super-humans. A miltary task force called “Dead Flesh Four” – reanimated US soldiers who fell in Vietnam – is put together to prevent world downfall.”