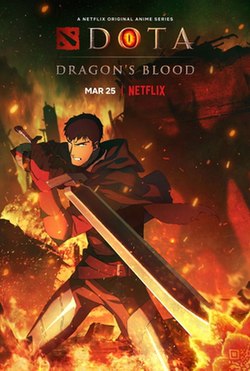 Tony Todd is Slyrak the Ember Eldwyrm in Dota. his character is one of the Eight Great Dragons, Slyrak is a proud and destructive dragon, using Davion as a host to stay alive and battle Terrorblade.

Set in a fantasy world, the story follows a Dragon Knight, Davion who hunts dragons to make the world a safer place. In a battle between demon and dragons, an elder dragon merges his soul with Davion. Along with a moon princess Mirana, Davion pursues a journey to stop the demon Terrorblade who wants to kill dragons and collect their souls.