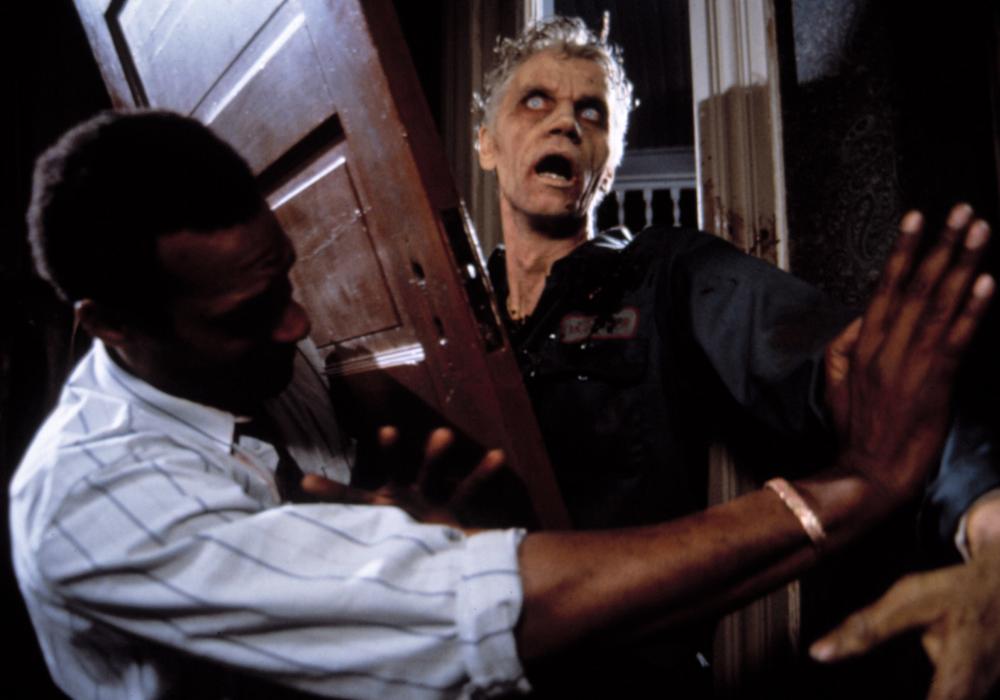 Night of the Living Dead

The dialogue and background music sound hollow, as if they had been recorded in an empty swimming pool, and the wobbly camera seems to have a fetishist’s interest in hands, clutched, wrung, scratched, severed, and finally—in the ultimate assumption—eaten like pizza.

The movie, which was made by some people in Pittsburgh, opened yesterday at the New Amsterdam Theater on 42d Street and at other theaters around town.

NIGHT OF THE LIVING DEAD (MOVIE)