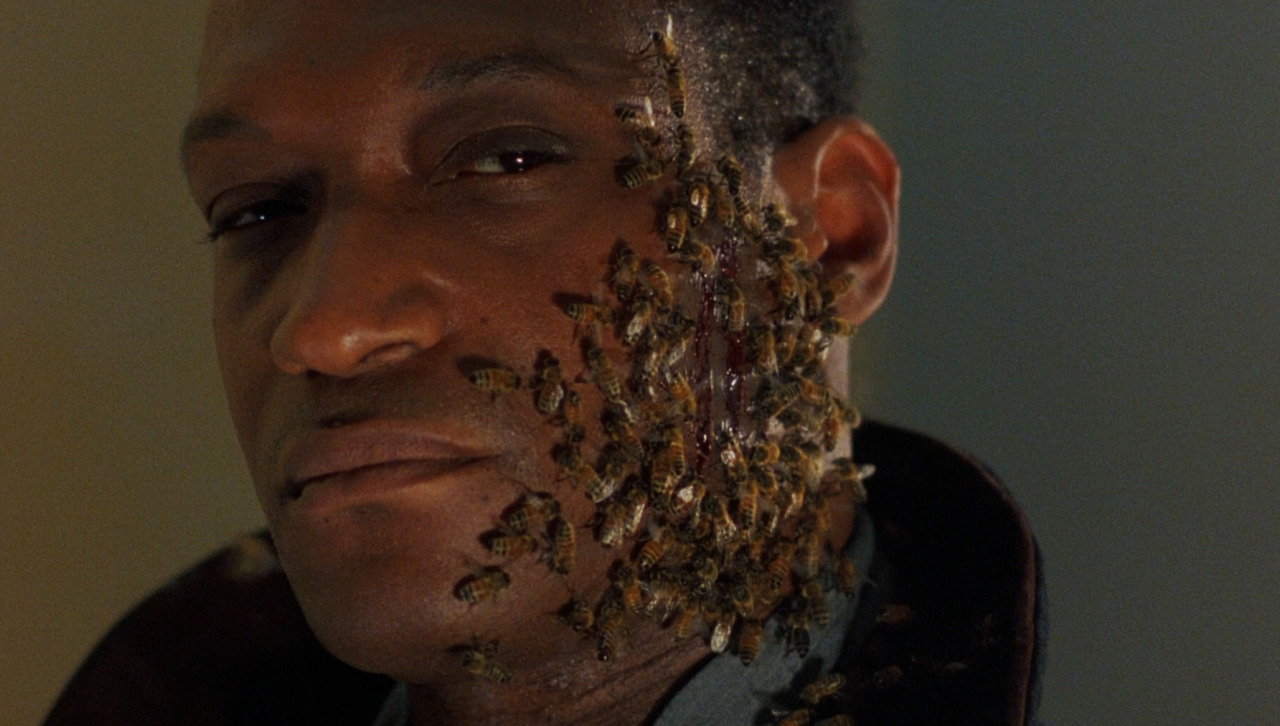 Marie (Anne Coesens), who works as a successful door-to-door encyclopedia salesperson, has been married to her husband Francois (Michel Bompoil) for 12 years and has a two-year-old son. Though she is relatively content with her life, she feels something is wanting. Enter 50-year old African-American Bill (Tony Todd of Candyman fame). Initially she is annoyed by his insouciance, but she finds that she is irresistibly attracted to him. Soon the two are in the midst of sordid illicit affair. She knows little about her new lover, and he seems uninterested in learning about her, but the long sessions of lovemaking are something else entirely. Feeling out of control, Marie is increasingly repelled by her own actions. Psychologically, she struggles to reconcile her torrid encounters with Bill and mundane domestic chores such as bathing her son. Moreover, she finds herself incapable of hiding her adulterous behavior, rather she comes home with scratches and hickeys all over her body, to the devastation Francois.