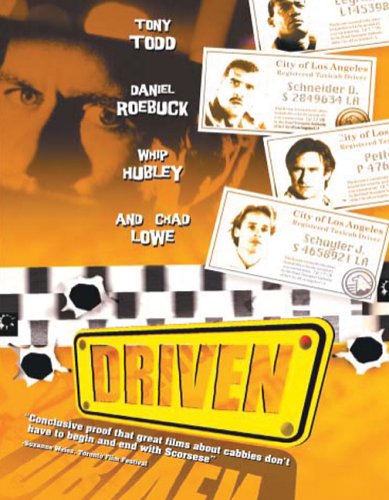 A provocative exploration of the lives of three L.A. cab drivers working for one cab service and competing by hustle or fist with all others. Without delving too deeply into the background of the men or their families we are shoved headfirst into their conflicted personalities, dreams, and delusions.

In the confrontations between customer and driver, the garish city, at least the seedy ugly part, is grotesquely revealed – angry, racist, and driven. Poverty is just part of the picture. The writer finds, even among the successful, only the despairing and disaffected.

Everything takes place within Christmas week and the maniacal L.A. Christmas decor is the illuminated backdrop. Unfortunately, awkward cuts and problematic lighting often detract from the intended effect.

The three leads give hard-edged performances of heightened yet credible characters and hold the audience to their individual tales. Another eye might have cut out repetitive incidents which too often turn intended dramatic detail into no more than a laundry list. Unlike Jim Jarmuch’s film about taxi drivers and their customers, each a short story unto itself, these tales are roughly entwined by their owner’s garage and marketplace.

Despite the need for a cut, Shoob does a remarkable job of scripting and directing clearly defined characters both phlegmatic and volatile – at a loss in an unforgiving city.